It is with sadness I have to inform you that Alan passed away at his home after a long health struggle this morning. 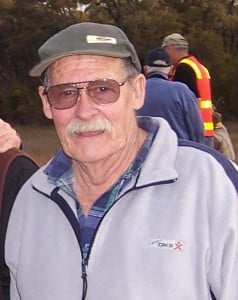 Alan was a Life Member of West Wallsend Rifle Club . Alan was a great person and was a true Aussie and a great mate . He held many positions in the Club during his shooting days , He was Captain for many years and loved his work within the Club and the Club greatly . Alan was Captain at the West Wallsend Range when it closed and moved to Stockton. He told me it was one of the saddest days of his life. He won the Club Championship Trophy and was always a solid shot. In his last couple of years of shooting his health began to fail and this was the only reason he stopped Shooting. He still held the position of President during this period. Alan will be sadly missed by the West Wallsend Club. Our thoughts are with Lyn and family during this time.